For decades, the sport of cycling has been plagued by scandal and controversy. Perhaps it has been the increased effectiveness and availability of performance enhancing drugs (PEDs). Or it could be that the foibles of riders past have only served to teach the next generation how not to get caught. One might even argue that the extreme pressure from sponsors and fans, coupled with the sheer grueling effort of the sport, has left riders feeling there is nowhere to turn but the crooked path.

Whatever their reason, it’s made for some interesting reading. Here’s a list of some of the most famous scandals in cycling history. Some are notable for the scope of the deception while others are worth learning about due to the audaciousness of their perpetrators.

At any rate, here the five biggest cycling scandals (in no particular order…and mostly just according to me):

It just makes sense to have this guy in the “number one” slot.

In 1978, the Belgian cycler raised eyebrows by winning the Alpe d’Huez stage of the Tour de France, then he raised suspicions at the post-stage urine test (get it? Number 1!). Turns out, Pollentier was juiced on amphetamines when he made his impressive run up the notorious peak, then tried to circumvent the PED test, using clean urine from a teammate, a bit of hose and a condom.

This guy was a regular MacGyver when it came to cheating. He then went on to claim that he had ridden so hard and expended so much energy during the phase that he literally peed himself on the bicycle, and thus had a hard time filling up the urinalysis bottle.

Oldest excuse in the book, am I right, guys?

On a less humorous note, Tom Simpson marked a dark day in cycling history in 1967 when he dropped dead on stage 13 of the Tour de France.

It was a punishingly hot day when the racers set out on the unlucky number 13, and not only did Simpson have amphetamines both in his bloodstream and on his person that day, but he had been sipping on brandy in an effort to calm a troubled tummy.

I know that this sounds more like behavior you would have expected to see on tour with the Rolling Stones, not in the Tour de France, but Simpson was a major star on the English cycling scene, and a respected athlete. The combination of drugs, alcohol, heat, and Simpson’s dogged determination—to the point of dangerous exhaustion— proved to be too much for the 29-year-old cyclist.

Oh Willie, oh Willie, what do you got in that car?

When Festina team masseur Willie Voet got pulled over on his way to France with enough banned substances in his ride to strain the chassis, it opened a can of worms that fully and finally tainted the Tour de France. Voet and the Festina riders came clean to authorities—not just about their personal escapades, but about PED’s in the sport in general. The result was a massive sting on the part of police and Tour officials.

Some teams ducked out of town and some riders staged protests. On the whole, a lot of people came to France for the ’98 race and never so much as swung their leg over a bike.

Ultimately, the tainted race was won by one Marco Pantani of Italy. Nice to know that the good, wholesome fellas get a “W” every now and then, huh? Except that Pantani died of a cocaine-fueled heart attack in 2004. The nice folks on the Tour board would probably like to forget all about 1998.

It could be said that excuses are like hemorrhoids: every cyclist has them.

The Spaniard won three Tour de France titles—count ‘em, three, before dropping dirty for a banned substance called “Clenbuterol,” which is something like artificial adrenaline. So, did he crawl, penitent and contrite, before the powers-that-be? Did he throw down his laurels and apologize to his fans and the sport of cycling for letting them down?

Nope! He blamed it on some meat he’d had brought in from Spain (couldn’t just choke down that steak au poivre, could you, Alberto?) Now, not only did this royally piss off some Spanish cattle farmers, but the big boys at the Tour weren’t having any of that noise either. Contador was stripped of his 2010 title and suspended for two years.

(I felt bad including this one. Contador was one of my favourite riders to watch for years! But a list of cycling biggest scandals wouldn’t have been complete without it.)

Of course, no list of cycling scandals would be complete without a nod to the yellow-clad, cancer-beating heartbreaker himself.

Tougher than a Live Strong bracelet, the American cyclist won seven straight Tour de France titles, from 1999-2005. He was one of the most recognizable faces in sports the world round, and now his name is synonymous with PED scandals.

In 2012, Armstrong was relieved of all seven of his Tour de France titles and banned from the sport of cycling for life.

Harsh? If you listen to some accounts from his teammates, he may have actually gotten off light.

Armstrong was found to have long used both performance-enhancing drugs and blood-transfusions to propel his seemingly miraculous run of Tour de France victories.

Not only that, but other cyclists who had teamed with Armstrong testified that he had demanded they use PEDs as well, in order to help him win races.

There has been no shortage of incrimination of Armstrong, as many other riders who were suspended for PED use during his career have testified about his prolific use of banned substances.

If you want to learn more about the world of cycling and some its top scandals – check out 7 Best Cycling Documentaries to Watch Right Now!

And in a moment of seriousness before I end this post, doping in cycling is a major issue – it’s dangerous, and definitely not something you need to emulate. And while it’s entertaining reading about cycling scandals, it’s certainly not entertaining to live through. So, you know, say no to drugs, kids.

And that’s it. Cycling’s 5 biggest scandals. Or have I missed anything? Let me know in the comments below. 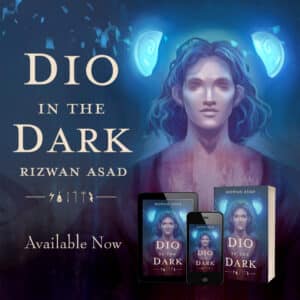